The impending gas supply stop from Russia could lead to a serious technical problem, which Klaus Müller, as President of the Federal Network Agency, warns of: If the gas pressure in the pipelines drops, the gas in Germany will be distributed unevenly to individual municipalities and regions. Due to a lack of pressure, several hundred thousand gas boilers could fail, which would have to be switched on again by hand. This is time-consuming and takes days. (WELT 03.07.2022)


Technical background to the problems with gas boilers

Müller describes the technical background as follows: If the pressure in a gas network falls below a defined threshold value, gas boilers switch off automatically via their built-in fuse. This is to prevent technical damage caused by low pressure. If the total pressure in the entire gas supply network is too low, this scenario is almost inevitable in some regions. A very short-term drop below the minimum pressure is sufficient for this. Trained specialists are then needed to switch the gas boilers back on as soon as sufficient gas flows through the network again in the region concerned. To prevent this from happening, the Federal Network Agency plans to order reductions in industrial consumers first in the event of a gas shortage. This is already provided for by law in the third emergency stage for gas. The second emergency level was already enacted by the Federal Minister of Economics, Robert Habeck (Bündnis 90/Grüne) on 23 June 2022. It does not yet provide for shutdowns, but for very close monitoring of the supply situation.

As of 8 July 2022, gas flows are still evenly distributed throughout Germany. This should remain the case until the scheduled maintenance of Nord Stream 1 is completed from 11 to 21 July 2022. If Russia then resumes supplying gas as contractually agreed, there should be no problem. However, should the gas no longer be delivered after the maintenance for alleged technical reasons, the scenario described above looms. Germany would then only receive gas from the additional supplier countries Norway, Belgium and the Netherlands and a little LNG from the USA. This is not enough for a sufficient gas supply.

The population should save energy at all costs. Müller tirelessly points this out. He fears the total loss of Russian gas supplies and hopes to be able to prevent the worst with savings. Precautionary measures include lowering room temperatures, but also thorough maintenance of heating systems before the start of the heating season. This saves up to 15 % energy. The Federal Minister of Economics, Robert Habeck, shares Klaus Müller’s fears. According to him, there is a threat of a total blockade of Nord Stream 1 as early as 11 July 2022. The winter could therefore become really problematic. In the meantime, Norway has signalled that it will be able to deliver even more gas to Germany – but not until 2024. Norwegian exports from the continental shelf there have already reached a new record level. Much more is not possible at the moment from a purely technical point of view.

What happens with the third emergency level gas?

The third gas emergency level is declared in the event of an undersupply of gas. In this case, gas deliveries to consumers are reduced according to a phased plan. First, industry has to do without, then less important commercial enterprises no longer receive gas or only limited deliveries. This could affect small bakeries, for example, whose energy consumption per baked good produced is significantly higher than that of large bakeries. So there would still be bread, rolls and cakes, but only in supermarkets. Private households, hospitals and nursing homes will be supplied with gas for the longest time. However, they will also have to adjust to restrictions. Already at the beginning of July, the housing cooperative Dippoldiswalde in the district of Sächsische Schweiz-Osterzgebirge reduced the hot water supply for its tenants because of the increased gas prices. Since then, they have only received hot water from the tap by the hour. A Hamburg housing cooperative is planning such a step. We will probably have to adjust to this across the board in the coming winter. 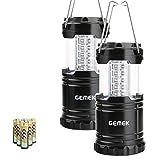 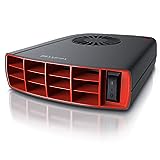