The head of the Federal Network Agency Klaus Müller warns of a serious bottleneck in gas supply in view of the already throttled gas deliveries from Russia and the upcoming maintenance of Nord Stream 1 from 11 July 2022: German gas storage facilities would be able to guarantee security of supply for a maximum of two months in summer at the current fill level. (t-online 04.07.2022). The gas crisis is coming to a head.

Müller considers the scenario of a total loss of Russian gas supplies to be very realistic. He therefore appeals to the population: savings in any form of energy are the order of the day. For about two weeks now, the question has been floating through political Berlin whether the upcoming regular maintenance of Nord Stream 1 could become a longer-lasting political maintenance. Müller can well imagine this, as he told reporters of the Funke Mediengruppe.

If gas supplies from Russia were to be reduced for longer for political reasons, the only thing that would help the Germans at the moment would be savings. It would be almost impossible to procure gas elsewhere so quickly – at whatever price. Müller by no means wants to spread panic. The fact that he is still making somewhat optimistic forecasts despite everything can be seen in a half-sentence: The two months of bridging with gas from the storage facilities refer to the summer or an “average cold winter”. For the time being, the head of the Federal Network Agency does not address what we will be facing if a really cold winter comes.

Incidentally, the reserves must also be sufficient to meet German obligations to transport gas to neighbouring European countries. As of the first week of July 2022, German gas storage facilities are filled to ~60 %.


Call for maintenance of heating systems

Müller also pointed out that maintenance of heating systems can significantly reduce energy consumption. House and flat owners should now take care to check their radiators and gas condensing boilers quickly. During maintenance, radiators are vented and boilers are adjusted more efficiently. This can reduce gas consumption by up to 15 %. Müller warned not to wait until autumn to do this.

He called on the trade companies to concentrate on this maintenance of heating and hot water systems. Families, on the other hand, should already clarify internally what room temperature they can manage in winter. It may not be necessary to heat every room at full power.

Warnings from the Minister of Economy

On 7 July, Federal Minister of Economics Robert Habeck (Bündnis 90/Grüne) had made it clear that the complete absence of Russian gas supplies after the maintenance of Nord Stream 1 was more likely than unlikely. The regular maintenance normally lasts ten days. German utilities are prepared for this, but if supplies do not resume on 21 July, a very serious situation will arise.

Some suppliers already buy gas very expensively from other sources. The German utility Uniper had therefore run into difficulties and applied for aid from the federal government on the evening of 8 July. Only a few hours before, the Bundestag had approved a law for such aid. The problem is that the utilities are bound to long-term supply contracts with their customers (industrial companies and municipal utilities) and therefore cannot directly pass on increased purchase prices. If they now have to buy at significantly higher prices, they will find themselves in financial difficulties. This could change soon, however, because the federal government is currently amending the Energy Security Act.

In future, it will then be permitted to pass on increased purchase prices directly to customers. This means that industrial, commercial and private gas consumers are threatened with considerable price shocks in the near future. Gas prices have already risen by an average of 159% in the past year (from July 2021 to July 2022). But they could double or even triple again if the gas crisis spreads. New customers of a supplier pay the high price immediately, existing customers when their old contract expires. Some suppliers could terminate these contracts.

The truth hurts, but it has to be said: Just like at the petrol station, we will have to pay much more for heating and electricity (most of which comes from gas-fired power plants) in the coming weeks and months. 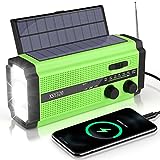