The Emergency Gas Plan of the Federal Ministry of Economics and Technology regulates gas supply in the event of a gas shortage. It provides for three warning levels to regulate the distribution of gas in the event of supply problems. Currently we are in the early warning stage, which the Ministry of Economics has already declared. This is followed by the alert level and the emergency level.


In the last stage, i.e. the emergency stage, the gas supply is no longer sufficient for all gas customers and the state intervenes in gas trading via the Federal Network Agency. The plan envisages that first large industrial consumers will no longer receive gas. Private households, hospitals and social institutions are to be given priority until the end. But as soon as there is a serious threat that the gas supply could become critical, industry representatives are up in arms against this regulation.

Karl-Ludwig Kley, the chairman of the supervisory board of the energy utility E.ON, wants to reverse the order of the emergency plan set today: Kley said in an interview with Manager Magazin that politicians should “think very seriously about reversing the order and shutting down private companies first and then industry”. This is necessary, Kley said, so that industry remains able to work. This is also necessary so that people can continue to receive an income.

The bosses of other large corporations are also putting pressure and want to change the previously established order. The President of the North Rhine-Westphalia Federation of Business Associations, Arndt Kirchhoff, said: “What good is it if the workers sit at home in the warm and the jobs are gone”. Kirchoff therefore demands that industry and private households be put on an equal footing. According to Kirchhoff, politicians must not get the idea that a gas embargo would not be so bad. A gas shortage in industry would have a massive impact on the German economy. The basic industry in particular is completely dependent on gas for the production of steel, chemicals, cement, ceramics and glass. Without the basic materials industry, production would come to a standstill relatively quickly, not only in industry as a whole, but also in the trades.

The voices for changing the emergency plan are getting louder. The gas storage facilities in Germany are still not sufficiently full and there is a great danger that Russia will cut off the gas before then. Putin has already made a first example of this in Poland and Bulgaria. It will take years to compensate for the loss of Russian supplies with liquefied gas from the USA and Qatar. There is a lack of the appropriate terminals and the corresponding production capacities. This raises the question of how long we will be able to endure a corresponding shortage of gas in industry if the emergency plan should actually take effect as now planned. If no more gas comes from Russia, it is rather a question of months, if not years, until the supply is secured again. Shutting down industry for such periods will inevitably end in a major recession. 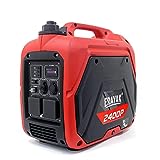 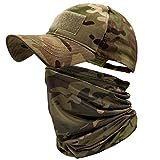