The expansion of renewable energies cannot go fast enough for Economics Minister Robert Habeck. He wants to increase electricity generation from wind and sun to 80 percent of demand by 2030. At least that is how he has set it out in his Easter package. That would be a doubling of what renewable energies are supplying today. He even wants to quadruple the annual expansion of photovoltaics (PV). After all, solar cells are considered particularly climate-friendly. Experts have now determined for the FAZ that this is not necessarily true.

According to their investigation, the materials for the production of the solar cells come from China, and to a large extent from the Xinjiang region. There, according to Western conviction, Beijing oppresses the Uyghurs and puts them in camps where they have to do forced labour. The production of polysilicon in particular benefits from forced labour there. In addition, production is done with cheap coal-fired electricity. “The supposedly green solar technology relies on a type of energy production that emits a particularly large amount of greenhouse gas,” one of the experts says in this regard. “Most companies in the region that produce metallurgical silicon and polysilicon for the solar industry benefit from this system. It must be clear to us that with the expansion of photovoltaics in its current form, we are promoting oppression, forced labour and the assimilation of the Uyghurs, in other words, the Chinese police state,” he comments on the current situation.

Use of polysilicon from Xinjiang not in line with Western values

According to the experts’ findings, the use of polysilicon from Xinjiang would not be in line with Western values, with corporate and investor ESG commitments to social responsibility, nor with clean supply chains. Polysilicon is 80 per cent sourced from China. Bernreuter Research, a market research company specialising in polysilicon, puts the global market share of Xinjiang-based companies at 45 per cent. According to the company owner, this means that, in purely arithmetical terms, every second solar cell is made of polysilicon from Xinjiang. Xinjiang is the best location because there is cheap coal for power generation. So the companies first produce metallurgical silicon from the quartz deposits that are also available, and then polysilicon from that.

“The environmental and climate balances for the central material in the solar industry are quite alarming,” says Bernreuter. “According to all that is known, manufacturers of polysilicon in Xinjiang use forced labour.” With the coal-fired electricity used, the production would also emit a particularly large amount of greenhouse gas. “It doesn’t help the climate if coal is burned in Xinjiang for the German energy transition,” says one of the experts.

When it comes to the energy transition, the traffic light coalition throws all moral values overboard. Gas is bought that is extracted in the USA through fracking, although the ban on this technology in their own country is still in place. Gas from Qatar is no problem either, although the government there tramples on human rights. But the import of coal from Colombia is also okay, even if the government there expels the indigenous population in the mining areas. Angola is supposed to supply us with green hydrogen, although half the population there has no electricity. Likewise, they are happy to take nuclear power from our neighbouring countries, but are sticking to the nuclear phase-out in their own country. On top of that, there is now forced labour in China for our solar plants, on which the German government did not even make a statement when asked by the FAZ. 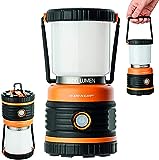 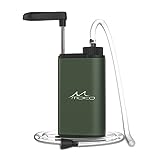