In the meantime, the Federal Network Agency assumes that gas supplies from Russia will be stopped. Although private households would be particularly protected in the event of a supply stop, the agency nevertheless assumes that not all households can be supplied.

In a few days, the annual regular maintenance of the Nord Stream 1 pipeline is due. Normally, the gas supply is completely stopped for 10 days. Klaus Müller, President of the Federal Network Agency, assumes, however, that the maintenance could last longer than the usual 10 days for political reasons. Therefore, he appealed to the population to save energy. If the gas flow from Russia stops for longer, the remaining time will not be enough to fill the gas storage facilities sufficiently for the coming winter. The heating season begins in just a few weeks.

Müller therefore called on all home and flat owners to have their heating systems checked beforehand. “Maintenance can reduce gas consumption by 10 to 15 percent. This has to happen now and not in autumn,” he said. Craftsmen should concentrate exclusively on the maintenance and more efficient adjustment of gas heating systems in the next few weeks. Consumers should also already think about whether the usual temperature has to be set in every room in winter, or whether it can also be a little colder in some rooms.

Economics Minister Robert Habeck has also warned against a complete supply stop of Russian gas. LNG supplies from the USA cannot compensate for a supply stop from Russia. Norway, too, will not be able to supply more gas to Germany until 2024. In the event of a gas supply stop, private households, hospitals and nursing homes are particularly protected. “I can promise that we will do everything we can to avoid private households being left without gas. We have learned from the Corona crisis that we should not make promises if we are not entirely sure that we can keep them,” Müller now relativises.

The government has manoeuvred itself into an ideological dead end

The German government has manoeuvred itself into a dead end in energy policy from which it can practically no longer escape. With its decision not to put Nord Stream 2 into operation, it now risks an economic downturn. Because in an emergency, the network agency wants to cut off the gas to industrial companies first. If Russia does indeed stop supplying via Nord Stream 1, the bottleneck could last for years. Contracts with liquefied gas from the USA and Qatar will not take effect for several years, and the agreed delivery volumes are nowhere near enough to replace the missing Russian gas. Even if we manage to get through the coming winter, there will be no more gas available the next. 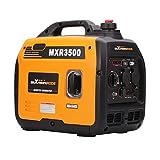 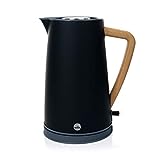 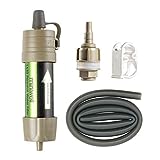