The government is already warning about the loss of Russian gas supplies and repeatedly calling on consumers to save energy. In the meantime, those responsible are also realising that a gas freeze will inevitably lead to power cuts. On the one hand, the gas-fired power plants will fail to generate electricity, and on the other hand, many consumers will have to use electricity to heat their homes when their gas-fired heating systems fail. This is a burden that the German power grid can hardly cover with the shutdown of nuclear and coal-fired power plants. Now the government recommends buying an emergency generator.

Ministry of Economy advises to buy an emergency generator

That is why the federal government is now recommending that companies get an emergency generator. This, at least, is the suggestion made by State Secretary for Economic Affairs Patrick Graichen (Greens) to CSU Member of Parliament Stephan Pilsinger. According to Graichen, these emergency power generators should help compensate for possible power outages in the future.

According to Graichen, since there is no shutdown sequence in an emergency, equipping with emergency power generators is recommended, especially for operators of critical infrastructure. In the event of a shortage of gas or electricity, the Federal Network Agency takes over the distribution of gas and electricity. According to Graichen’s recommendation, the emergency power generators should be able to bridge 72 hours. Stephan Pilsinger, a CSU member of parliament, described Graichen’s recommendation as a revelation of green energy policy.

Since the start of the Ukraine war, government representatives have repeatedly called on consumers and businesses to save energy. Meanwhile, there is a threat of an acute gas shortage in the coming winter. Hamburg’s Senator for the Environment Jens Kerstan (Greens), has already announced that in the event of a gas emergency, there could be a limitation of hot water for private households. He told the Welt am Sonntag: “In an acute gas shortage emergency, hot water could only be made available at certain times of the day”. He also considered lowering the maximum room temperature in the district heating network.

Soon noise level like in a big African city

It is obvious that affected consumers will then try to heat their homes with an electric fan heater or a radiator. This means that, after the gas supply, the electricity supply is also likely to become scarce. Sales of mobile power generators will therefore increase massively. Prices for mobile devices are already rising and some are already sold out. In German cities, the noise level will soon be like in Dar es Salaam or another large African city. 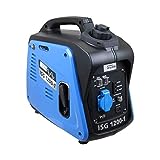 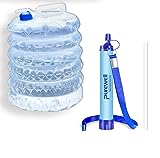