The latest figures show the massive impact of energy policy on the German economy. The trade balance is negative for the first time since 1991, due to the dramatic collapse of exports to China and Russia (Welt: 04.07.22). Not a single German company is among the world’s top 100 any more. More and more companies, such as Ford (FAZ: 22.06.22) or Villeroy & Boch (Saarbrücker Zeitung: 06.07.22) are moving their production abroad. The world’s fourth largest economy is currently plunging into a severe recession.

For the first time in almost 30 years, the German trade balance is in the red. The last time this was the case was in 1991. However, it is not comparable with today’s crash. In 1991, the trade balance was only negative because reunification boosted domestic consumption, which in total exceeded exports. Today the situation is much more dramatic, because domestic consumption is also falling due to high energy costs and high inflation.

The trade balance has deteriorated primarily due to expensive imports of energy sources. In addition, companies are no longer competitive on the world market due to the increased energy prices and are thus losing orders from abroad on a massive scale. This is a spiral that will soon have an impact on the labour market.


Trade balance was still positive even with the Corona lockdowns

Over the last 20 years, the German economy has regularly generated a monthly trade surplus of a good ten billion euros. Even in the Corona lockdowns, the trade balance did not turn negative at any time; in May, the deficit in the trade balance amounted to one billion euros. The largest deficit occurred in trade with China and Russia. It is noteworthy, however, that the trade surplus in the Eurozone also declined sharply.  Heino Ruland of the analysis firm Ruland Research commented: “The German trade surplus is shrinking month by month because the balance of power on the world markets is changing. Germany is already in a recession”.

No more German company among the world’s top 100

The downturn is already having an impact on the world’s stock markets. According to the latest figures from the management consultants Ernst & Young, Germany no longer has a single company among the world’s top 100 (ntv: 04.07.22). The downturn is happening very quickly: in 2007, seven companies were among the top 100, and in 2021, three.


Labour market will follow with a certain dead time

Due to the downturn, Germany’s share of global economic output is just 4 percent. This value has thus already halved since reunification. The effects on the labour market will follow with a certain dead time. 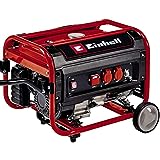 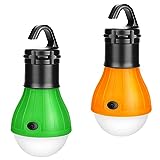 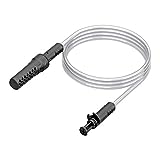