For weeks, less gas has been coming to Germany via the Russian gas pipeline Nord Stream 1. Politicians keep trying to portray this as an act of retaliation by Russia due to the European sanctions. However, as we already reported in our article “Why less gas is coming via Nord Stream 1” (Blackout-News 26.06.22), this is due to the fact that a Russian gas compressor, which was in Canada for maintenance by Siemens Energy, is not being delivered back because of the sanctions. A fact that the mainstream media also ignored for a long time. Both Siemens Energy and the Canadian government have confirmed the blockade. Now there is a bitter dispute about how and whether the gas compressor should come back to Russia.

Economics Minister Habeck has already accused Russia of using gas as a weapon against Germany (Tagesspiegel: 24.06.22). Now he is asking Canada to release the gas destroyer (RND: 07.07.22). In order not to contradict himself within a few days, he justifies this with the argument that Putin must be deprived of the excuse that the gas throttling is due to technical reasons. At the same time, the Kremlin has already assured several times that Russia will comply with the agreed delivery quantities as soon as the withheld gas compressor can be used again on site.

After a long back and forth, Canada is now ready to deliver the gas compressor after all. However, the Canadian government does not want to violate the sanctions imposed. Therefore, the turbine will first be shipped to Germany (ntv. 10.07.22). However, the Ukrainian President Volodymyr Selenskyj is now resisting this. Ukraine wanted to prevent the delivery and is now deeply disappointed that Canada wants to circumvent the sanctions (Börse-Online: 10.07.22).

It will probably take several days for the turbine to arrive in Germany. It is therefore unlikely that the gas compressor will arrive at the Portovaya compressor station on time during the 10-day maintenance period that began on 10 July. This could extend the shutdown of the Nord Stream 1 pipeline further than planned. It remains to be seen how the discussions in Germany will go once the turbine has arrived and is ready for transport to Russia. Again, further delays are to be expected.

In the meantime, the whole tragedy surrounding the gas compressor has driven gas prices for consumers to new records. Should Russia actually increase the delivery volumes via Nord Stream 1 again when the turbine is back on site, they will then be buying exactly the gas that they could have easily obtained via Nord Stream 2 all along. 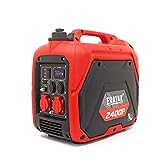 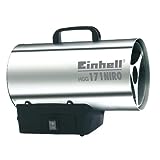