With its sixth sanctions package, the EU has imposed a far-reaching oil embargo against Russia. For the time being, it affects imports delivered by tankers, while oil is still allowed to flow through pipelines. India now seems to benefit from the embargo against the sea route. In any case, the oil embargo has the loophole of allowing deliveries through pipelines to continue. But now Russian oil is coming from India to the EU via the sea route.


Germany does not want to benefit from this exception, as Michael Kellner, State Secretary in the Ministry of Economics, made clear. The intention is to do without Russian oil completely, even if federal states like Brandenburg are currently still 95% dependent on it. But Germany has set its sights high, because in the closely interwoven global economy, a complete renunciation is hardly possible. It may not bring much benefit either, because the Russian state continues to earn handsomely from the increased crude oil prices.

In addition, India has now entered the scene as an actor that undermines the European embargo. This is an even more formidable loophole: India buys the oil comparatively cheaply from the Russians, who temporarily lower prices for Asian customers due to domestic overcapacity (as a result of the EU embargo), refines it into petrol and diesel and sells these fuels on the world market. The origin of the oil is concealed. According to Reuters, India has tripled its oil imports from Russia since the beginning of the war. The buyers are private Indian oil refineries, which also process and export the fuels to the Western world.

More Indian fuel for the world

According to various studies, India’s global fuel exports are said to have increased by ~15% in the months since the start of the war, with deliveries to the European Union probably even increasing by more than 30%, and those to the USA by as much as 43%. This fuel, in turn, is sold very expensively by the Indians, which possibly explains the increased fuel prices at our petrol stations despite the fuel discount. Purchasing, on the other hand, is cheap for Indian refineries because of the Russian rebates. This is what US energy analysts have determined. So the Indians are doing a splendid business with the US and European oil embargo, while the Russians at least get rid of their oil at this point, even if not quite as expensive as on the Western market.


Concealment of oil transports by sea

How many tankers are currently transporting Russian oil on the world’s oceans is probably difficult to determine. The Israeli maritime data provider Windward recently reported that the number of tankers carrying Russian oil that have switched off their GPS tracking is increasing. This means that their route can no longer be tracked. This is clearly a cover-up for the transport of oil by sea.

European observers – including the Spanish daily El Mundo and analysts from RBC Capital Markets – report India as a de facto refining centre for Europe, selling at a high price and thus fuelling European inflation. This is due to the price premiums described, but also because oil automatically costs more by sea than when transported by pipeline.

India does not deny the practice either, but rejects any criticism of it: it is acting as a free player on the world market, according to Indian government circles. India has not joined the sanctions against Russia; the country has not even condemned the Russian war of aggression in Ukraine. In the current context, it rather emphasises that as an emerging country it has a right to economic development.

The situation described above raises doubts about the effectiveness of the EU sanctions. The only observable effect seems to be price increases in Europe, while Russia is probably only slightly affected by the oil embargo. 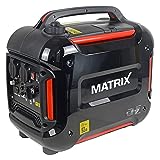 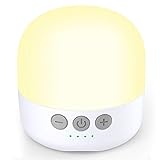 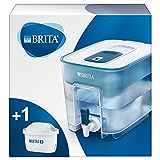