In a committee meeting on 14 June 2022, parliamentarians in Brussels voted against the EU Commission’s proposal to include natural gas and nuclear power in the European taxonomy of climate-friendly energies in the future. At the beginning of July, this idea, which Ursula von der Leyen had introduced as EU Commission President, could finally topple.


Background to the taxonomy

A taxonomy (derived from the ancient Greek τάξις [táxis] for order and νόμος [nómos] for law) serves as a classification scheme for placing objects in a category. Taxonomies can be used to evaluate individual cases and make summary statements that can even explain interrelationships. The EU taxonomy for the energy sector is a classification system that evaluates economic activities in the energy sector in terms of their sustainability.

The taxonomy regulation has only been formally in force since June 2020. It aims to mobilise financial investments for the green transformation of the EU economy. Since 2020, technical interpretation details have been defined for this purpose. If, for example, nuclear power and natural gas are taxonomised as climate-friendly energies, investors can hope for promotion and, beyond that, the stability of their financial investments. At present, they must doubt this: after the nuclear disaster in Fukushima, Germany shut down nuclear power plants that had not yet reached the end of their lifespan for technical reasons.

Including the technologies in question in the EU taxonomy of climate-friendly energy production would again create certainty for decades to come. Taxonomies define standards and criteria, which in this case would apply throughout Europe and be binding. Central to the EU climate taxonomy are two points:

There is broad agreement that the EU taxonomy creates a uniform European rating system that can be used to award labels in the financial market. However, the inclusion of nuclear power and gas-fired power plants in the climate taxonomy was controversial from the outset. Now the parliamentarians have rejected it.

It is not that the EU parliamentarians completely or even with an overwhelming majority reject the proposal of the EU Commission. In the aforementioned committee meeting on 14 June 2022, 76 MEPs voted against, 62 were in favour. Naturally, votes against came from the Greens, who consequently welcomed the “strong signal for the energy transition in Europe”. They had been campaigning against the Commission proposal for months. But Social Democrats also voted against, even some conservative MEPs reject a green label for nuclear power and gas.

The vote is likely to reflect fairly accurately the mood of the EU population, the majority of whom are probably also not too keen on a green coat of nuclear and gas-fired power plants. However, there are differences between individual nations. In Germany, opposition to nuclear power is now very strong, but in France it is weak. The country gets over 70% of its electricity from nuclear power plants.

It is a vote in a committee that evaluates the Commission proposal. The result has no binding effect for the EU Parliament and the Commission at first, but it has a strong signalling effect. The EU Parliament will vote on the issue in early July. If the majority of the more than 700 MEPs vote against the Commission’s proposal, it will finally fail. This is to be expected, given that most MEPs value the opinion of committee members. After all, they have studied the matter thoroughly.

Positions of individual governments on the taxonomy of nuclear power

As expected, France is lobbying for green nuclear power plants, but the German government has changed its mind. A few months ago it was still in favour of the proposal, now it is against it. France, however, is still likely to lobby very strongly in favour: The country needs to renew ageing nuclear reactors and hopes for billions in private investment. 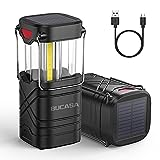