Since the Russian war of aggression on Ukraine and the associated supply insecurity for gas, politicians, suppliers and most experts agree: we have to get away from natural gas. This would also make a significant contribution to climate protection. Meanwhile, the extent to which hydrogen would also be suitable for heating is being discussed. Experts warn that hydrogen cannot simply replace natural gas.


Hydrogen as a beacon of hope

Hydrogen is seen as a great beacon of hope. Lobby and interest groups, such as the BDEW (German Energy and Water Association), are also making sure of this. It has long been a strong advocate of the expansion of renewable energies and now also of the rapid ramp-up of hydrogen. At the same time, it quite rightly points out that it must be green hydrogen whose high electricity demand comes from renewable energies. This is all correct in principle and is already happening, because a little hydrogen is already in our gas grids. Technically, no more than 10 % admixture is possible. But this limit has not yet been reached. It could even be raised with technical adjustments, so that hydrogen would then be burned like natural gas. In an environmentally friendly way, only water vapour is produced, which means that hydrogen would have ecological and political advantages over natural gas at the same time. Hydrogen is already proving to be a viable energy carrier in fuel cells that convert its energy into electricity.

Controversial use of hydrogen for building heat

However, experts are convinced that hydrogen is technically difficult to use in the building heating sector and that, moreover, there are more efficient alternatives for heating today. A policy brief on the topic comes from the Copernicus project Ariadne, in which six research institutes are participating. The conclusion is that the hope of replacing natural gas with hydrogen is probably exaggerated. S4F, a supra-institutional association of scientists, also considers the use of hydrogen for decentralised building heating to be impractical. It is too scarce, therefore too expensive, and at the same time too inefficient in terms of heat technology.

Heat pumps and even direct current heating systems would generate significantly more heat from the supplied energy. Project developers agree with these statements. The development company Drees & Sommer, for example, designs buildings with future technologies including environmentally friendly energy utilisation. The developers are responsible, among other things, for the Stühlinger town hall in Freiburg, which was completed in 2017 and was the world’s first public net-plus-energy building. Drees & Sommer team leader Leonardo Estrada pointed out to journalists that hydrogen strategies are expensive and there is still a long way to go for their mass deployment. Even after the huge gas price increases since spring 2022, green hydrogen is still more than twice as expensive per kilowatt hour as gas. Technological developments are expected to reduce costs, but only in the decades to come.


Many technical problems with hydrogen not yet solved

Experts like Estrada expect moderate prices in 2050. To achieve this, renewable energies would also have to be expanded significantly more, because the technical production of hydrogen requires an enormous amount of electricity. In addition, there are further technical problems. Leakages in hydrogen tanks, accumulators and networks have been an enormous challenge up to now. This is not only a safety problem. The hydrogen flowing into the atmosphere interacts there with oxygen, chlorine and other gases, generating an enormous amount of heat, as a new British study shows. The effect even exceeds the warming caused by CO₂ emissions by a factor of 11. This means that if the leaks in hydrogen utilisation are not remedied, it would be an even more dangerous climate killer than CO₂. 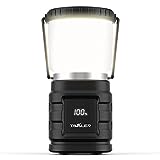 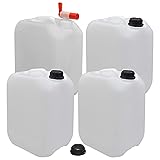