If the gas crisis continues to worsen, there will also be failures of heating systems in private households during the winter. In Baden-Württemberg, the district of Ludwigsburg now wants to prepare warming halls for the population. In the prepared halls it should be possible for up to 5,000 people to shelter in winter. Especially in the cities, homes are mainly heated directly or indirectly via district heating, with gas. The concern that there will be no more gas available for this in winter is growing daily.

The district of Ludwigsburg is now preparing for this. Community halls, fire brigade halls and sports halls are to be converted into warming halls for the population in the event of a gas supply failure (SWRAktuell: 06.07.22). The district fire chief of the Ludwigsburg district comments on the situation as follows: “As a rule, we plan things that hopefully will not happen. Ideally, I would also like to have these plans in the drawer and not have to get them out”.

Capacity is enough for 5000 people

Disaster planning assumes that about five percent of the population cannot provide for themselves. Therefore, warming halls with a total capacity of 5,000 people are planned in the district of Ludwigsburg. However, this corresponds to only one percent of the population in the district. For this purpose, camp beds, sleeping bags and hygiene articles have already been prepared in various warehouses. These halls could also be used in the event of a widespread power blackout.


Warm-up halls for the population – preparations are in full swing

Preparations for the warming halls are already in full swing. The crisis team is currently working with the cities and municipalities to find out which halls are suitable. “Everything has to be prepared in such a way that they can be quickly equipped with beds and seats. In addition, tea, coffee and hot meals will be provided,” says district fire chief Andy Dorroch.

Citizens should also make their own preparations

However, Dorroch also sees it as the duty of the population to make their own provisions. Citizens would have to save gas and make their own arrangements to be able to provide for themselves for a few days. “Some citizens believe that they live in a fully insured society and that the state takes care of everything. I would like to take that hope away from everyone. Everyone also has a personal responsibility,” Dorroch comments on the situation. 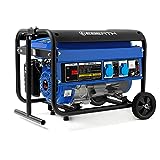 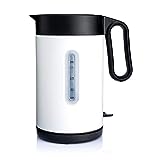