The North Sea island of Pellworm is a prime example of the energy transition. It shows on a small scale that the energy transition cannot work as planned, even on a large scale. On Pellworm, there are or were wind turbines in the hands of citizens, solar parks, storage batteries and biogas plants – everything that politicians discuss with regard to the energy transition. Renewable energies produce seven times more electricity on the island in the Wadden Sea than is needed there. Nevertheless, the island cannot supply itself with energy.


On Pellworm, the energy transition has already been implemented in miniature

Pellworm is 6 kilometres long and 7 kilometres wide. The North Sea island with just under 1,200 inhabitants is the third largest of the North Frisian islands. On the island of Pellworm, the energy turnaround planned in Germany has practically already been implemented in miniature.

Pellworm was the first experimental field for small wind turbines in the 1970s. Germany’s first large-scale photovoltaic system was erected on the island as early as 1983. The island was considered an ideal location for renewable energies, with plenty of wind and sun. A citizens’ wind farm followed in 1997, and since 2005 a biogas plant has also been supplying electricity. All the plants together produce seven times as much electricity as the islanders themselves need. That is why the first battery storage systems were installed to store surplus electricity. In principle, Pellworm thus corresponds almost completely to the ideal of green ideologists.

However, the first lead batteries broke after only 4 years. Replacing them would have cost a million marks at the time, too much for the few inhabitants.

Calculated over the year, Pellworm produces seven times the amount of electricity consumed by its inhabitants. Nevertheless, the island is still not independent of the mainland. Over the year, five per cent of the electricity comes from there. What is missing are storage facilities for the surplus energy. And the money to finance them. Efforts to do this on Pellworm are as old as the solar field itself. The first lead batteries broke down after only four years. It would have cost a million marks to replace them, but the island didn’t have the money. In 2012, containers with lithium-ion batteries, as well as a liquid battery, were installed as part of a research project. The installation was supposed to supply the entire island as short-term and long-term storage. However, these were dismantled after 5 years when the research project came to an end. A permanent operation was not financially feasible.

In 2014 and 2016, the operators renewed the old wind farm on Pellworm. Now there are six modern E-70 E4 wind turbines on the island, which could produce enough electricity for the island. However, they are often switched off when the wind is strong and the sun is high, because the grid is not able to transmit the electricity to the mainland, and the transmission capacity of the connecting cable is not sufficient. Instead, the islanders have to buy fossil electricity from the mainland. About 25 per cent of the possible electricity generation is lost as a result.

Now people on Pellworm are betting on hydrogen. On Pellworm, they are discussing producing hydrogen on site with the surplus electricity. This will then be used to operate the ferry to the mainland. Again, a cost-intensive undertaking, the outcome of which is uncertain. 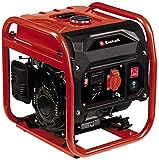 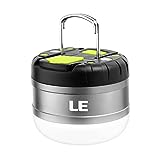