The German government considers hydrogen to be the solution for our energy supply. Hydrogen is supposed to make Germany’s economy climate-neutral. Due to the Ukraine war, gas and electricity prices have risen drastically. Hydrogen is supposed to reduce Germany’s dependence on Russian gas. Angola is now to be the first supplier of green hydrogen to Germany. To this end, the state energy company Sonangol signed a letter of intent in Berlin for the construction of a corresponding factory. The contract with the German companies Gauff Engineering and Conjuncta, regulates the export of 280,000 tonnes of green ammonia in 2024.

According to Stefan Tavares Bollow, Managing Director of Gauff Engineering, the construction of a factory in the port of Barra do Dande was possible because of the availability of electricity from a hydropower plant, water and infrastructure such as power lines. The country’s most powerful hydropower plant went into operation in 2017. It has an installed capacity of 2,070 megawatts. Angola has thus doubled the country’s energy capacity.

Nevertheless, a good 50 percent of the inhabitants in Angola still live without electricity. Even in the capital Luanda, diesel generators are still running to produce electricity locally. Despite the insufficient electricity supply in the country, Angola is now supposed to supply green hydrogen for Germany. But with every kilowatt hour that is used from the hydroelectric power plants, a diesel generator starts up again somewhere in the country to supply its own population, so the hydrogen produced is only green on paper. A corresponding balance sheet that also takes into account the CO₂ emissions during transport will be sought in vain. Although further hydropower plants are under construction in Angola, the country actually needs them for its own supply.

According to African energy expert Chigozie Nweke-Eze, Germany’s interest in green hydrogen from Africa has disadvantages for the African population, because more than half of the African population still has no electricity. “On the African continent, access to electricity is less good. So there are still with problems of energy security. That should be solved first,” says Chigozie Nweke-Eze. Moreover, Nweke-Eze also cautions that the production of green hydrogen requires a lot of water, while some regions of Africa suffer from severe water shortages.

To reduce dependence on Russian energy sources, the traffic light government seems to be willing to use any means. With liquefied gas from Qatar or coal from Colombia, almost all moral principles regarding human rights and environmental protection are thrown overboard. With green hydrogen from Angola, this continues seamlessly. 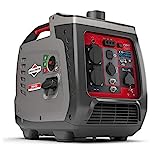 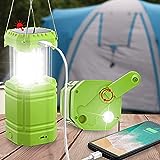 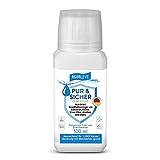