The horror scenario for power grid operators is a widespread power failure, a so-called blackout. A blackout can have many causes. Weather or natural disasters, hacker attacks, technical defects, sabotage or an overload of the networks can lead to it. The major network operators are now preparing for a large-scale blackout. Ampirion and TransnetBW, two of the four major grid operators in Germany, have now tested the restart of their power grids, a so-called blackout, in a real-life trial. Until now, this has only ever been simulated.

After a widespread power failure, a so-called blackout, the reconstruction of a functioning power grid is a technically very demanding task. First and foremost, this requires black-start capable power plants. Black-start capable means that these power plants start up without an external power supply and generate enough electricity to be able to build up a partial grid against the switched load. Both solar and wind power plants cannot do this. Both require an intact grid to feed their power into.

Amprion GmbH and TransnetBW GmbH, together with Schluchseewerk AG, held their first real-life rehearsal of the reconstruction of the power grid in southern Germany in a practical test on April 30.

Under the project management of Amprion, the preparation for this extended over four years. In addition to the two large grid operators, smaller distribution grid operators were also involved in the preparation. During the exercise, the companies involved collected large amounts of data, which will be analyzed and further processed together with the Chair of “Electrical Energy Systems” at the University of Duisburg-Essen.


In the test with Schluchseewerk AG, the network operators involved set up two start-up networks separately and then connected them together. The start-up of a ramp-up network is the technical basis for restoring supply after a blackout. The network operators described the successful practical test as a milestone for the system-relevant electricity infrastructure. Both the communication and the technical processes had functioned flawlessly during the practical test.

Black start performed under real conditions for the first time

With the practical test, the companies were able to practice a black start under real conditions for the first time. Previously, there had only been complex simulations. For the practical test, both transmission system operators disconnected part of their network from the interconnected network and shut it down completely. These networks were then completely rebuilt and interconnected in the exercise.

After the shutdown of the subgrids, the pumped storage plants of Schluchseewerk AG started up and supplied electricity under their own power, which was used to rebuild the grid. The practical test was also intended to illustrate the system relevance of pumped storage power plants. These can quickly feed large quantities of electricity into the grid on demand. After the power plants had each rebuilt a ramp-up grid from Amprion and from TransnetBW, these were then coupled to form a grid.

After a blackout, the grid operators would then gradually couple new loads and new generators to this high-speed grid. The reconstruction is technically very demanding, because feed-in and withdrawal must always remain in balance at all times. Therefore, for every power plant that is connected, new energy consumers must also be connected at the same time. In the practical test carried out, this balance was achieved. Schluchseewerke AG also proved that its pumped storage power plants are able to guarantee a black start in cooperation with the grid operators. 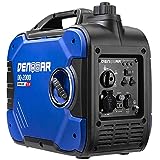 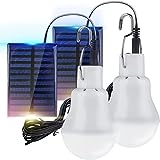 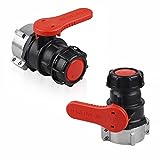