In Germany and Europe, a complete raw materials embargo against Russia has been discussed for some time. All EU states agree on coal, but only Hungary and Slovakia are demanding transitional periods for oil. These raw materials are relatively easy to obtain from other regions of the world. However, economist Prof. Dr. Tom Krebs (University of Mannheim) warns against a gas embargo: “At least in Germany, it could trigger the biggest economic crisis since the end of the Second World War.


Calculations on the consequences of a gas embargo

Various calculations already exist on the possible consequences of a gas embargo, but they come to more or less dramatic conclusions. Dr. Tom Krebs has looked at the figures from the end of April 2022 and comes to the conclusion: If we were to abruptly and completely renounce Russian natural gas, our economy would collapse significantly more than during the financial crisis of 2008/2009 and the Corona crisis of 2020/2021.

The economist considers the social consequences to be hardly manageable. However, according to his research, earlier calculations by colleagues who forecast a recession of only 3 – 4 % in this case are not correct. The drama of a gas cut-off from Russia would be much greater, because German industry would be paralysed in large parts. Prof. Krebs calculates a recession of at least 8 % (negative economic growth) within a year. But it would not stop there. The significantly higher energy prices after a gas embargo would also severely dampen consumption, which would deepen the recession even more. The subsequent economic crisis is unlikely to have any precedents in the history of the Federal Republic.


Prof. Dr. Tom Krebs is a recognised expert on labour, climate and energy issues. Among other things, he contradicts the findings of a team of researchers led by Rüdiger Bachmann and Moritz Schularick, who in March 2022 had only forecast a 0.5 – 3.0 % decline in Germany’s gross domestic product in the event of a Western gas embargo against Putin, which in the best case scenario would lead to a severely muted upswing or temporarily stagnant growth (0 %), but hardly to a serious recession. At the time, however, this calculation had a political flavour: it was obviously intended to provide a scientific argument for sanctioning Putin with everything at hand, including a complete commodity embargo.

The optimism did not last long. Sebastian Dullien (Institute for Business Cycle Research and Macroeconomics) soon calculated that a gas embargo could well cause the German economy to shrink by 6 %, which would already be more than during the financial and Corona crises. This view was shared by other leading economic institutes. Prof. Krebs’ study now adds to this expertise. It was financed by the Hans Böckler Institute, which is close to the trade unions, which does not mean that it was not carried out seriously.


The worst-case scenario assumes a double-digit recession, namely -8 % industrial growth + -4 % decline in consumption = -12 %. There has not been a double-digit slump in the economy in West Germany since 1945. The economist Prof. Krebs can give good factual reasons for his fears. The first to be affected by the gas embargo would be the steel and glass industries. After their production had been reduced or even stopped, other manufacturers would lack material, so that the gas shock would eventually shake the whole economy. Prof. Krebs presents the chain in the order of the failures like this:

Earlier studies would not have adequately quantified the second-round effects because the calculations are difficult and extreme events like an exclusive gas supplier as a sudden aggressor are very rare. But Prof. Krebs has also studied, among other things, the effects of the Fukushima accident in 2011, which set a good example. He warns against the embargo: the economy, already stressed by two Corona years and other crises, could hardly cope with another shock. In the worst case, social unrest would be imminent. 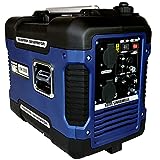 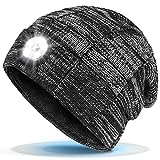 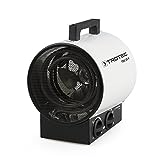