As already described in the article “Energiewende in eine Sackgasse -Stromspeicher” (Energy transition into a dead end – electricity storage), our politicians are relying on hydrogen for the energy transition on a grand scale. They want to use hydrogen not only to produce electricity, but also to run blast furnaces in the steel industry and they are even dreaming of powering aeroplanes with hydrogen. However, not hydrogen as it is produced today, i.e. from natural gas, but green hydrogen. Green hydrogen is produced by electrolysis with electricity from renewable energies. But where is the hydrogen supposed to come from? A short summary by our guest author Hans Ambos.


Where does green hydrogen come from?

In the meantime, it has also become clear to our Minister of Economics, Robert Habeck, that the gigantic quantities of hydrogen that Germany would need for the steel industry alone cannot come from wind power and solar plants in our own country. Renewable energies are currently not even able to cover 50 percent of Germany’s annual electricity demand. In addition, the production of hydrogen through electrolysis is very energy-intensive. Three to four kilowatt hours of electricity are needed to produce hydrogen with an energy content of one kilowatt hour. This is due to the physics and cannot be changed.

That is why Habeck now wants to have the hydrogen produced in the United Arab States (UAE). There is only one small catch, because the share of renewable energy in the UAE is just 0.3 %. However, the operation of electrolysis plants only makes sense technically and, above all, economically if they work continuously, around the clock. Since solar plants do not produce electricity at night in the United Arab States either, the electricity must come from other sources, at least during the night. This will be the just completed 4 nuclear power plant units type APR, each with 1,400 MW, in Barakah. The UAE sees its nuclear power plants as a contribution to climate neutrality. They generate large quantities of low-cost “eco-nuclear electricity” around the clock for themselves and for German hydrogen.

How does hydrogen get to Germany?

The next problem is the transport of hydrogen. Transporting hydrogen in gaseous form is uneconomical because it is hardly possible to accommodate large amounts of energy on a ship. Liquefaction, on the other hand, requires large amounts of energy. However, hydrogen only becomes liquid at minus 253 °C. This is a temperature that can be reached even at a still low temperature. This is a temperature that cannot be maintained for long, no matter how good the insulation. That is why large quantities of hydrogen would have to be repeatedly blown off during transport to prevent the tanks from bursting. This is also the reason why there is only one liquefied gas tanker for hydrogen in the world, the “Suito Fronitier” in Japan. And this one has a loading capacity of only 1,250 m³. Hydrogen technology is life-threatening. Hydrogen explodes quite easily when exposed to air. That is why nobody plans or builds hydrogen tankers.

The proponents of hydrogen have also recognised the transport problem. That is why the lobby is proposing to convert the hydrogen into ammonia so that it can be transported safely. This is technically possible without any problems. However, the conversion is again associated with large energy losses. After conversion back to hydrogen, there is almost no net energy left. The energy transition, with hydrogen for energy storage or for “green” steel, will therefore be incredibly expensive. In Germany, we have not yet progressed beyond the status of small experimental plants.

The following articles have appeared in this short series so far: 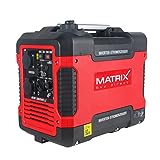 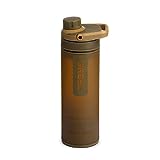