In our article “Who invented electricity?” we reported on the history from the discovery to the practical use of electricity. With this article, we want to briefly look at when the electrification of Germany began.


Electric lighting makes its way into the cities

As already reported in the first article, Werner von Siemens practically invented the first generator to produce electricity in 1866 with his dynamo machine. After solving initial problems, this machine reached operational maturity in 1870. This also marked the beginning of the electrification of Germany. However, the first electricity was only used for lighting various facilities. Although Thomas Alva Edison is considered the inventor of the light bulb, he was not. He was merely enterprising enough to be the first to apply for a patent for it. The German, Heinrich Göbel, had already developed a working light bulb in 1854. That is why the first electric lights were already in use in Germany before Edison’s light bulb was available. For example, the factory rooms of the Friedrich-Krupp-Werke in Essen were already lit electrically in 1876. This was followed by the illumination of the post office building, the Kaisergalerie and the Reichstag in Berlin within a year from 1878. The first public street lighting was inaugurated in 1882 at Potsdamer Platz in Berlin with 36 electric street lamps.


Each lighting fixture has its own generator

However, there was no electricity grid as we know it today. Therefore, every single one of these lighting fixtures had its own generator. These generators were powered either by a steam engine or a stationary gas engine. The first power stations were built from 1883 onwards, mostly by commercial enterprises, which then supplied the surrounding buildings with the electricity they produced.

There are different accounts of the first public power plant in Germany. As early as 1882, a power plant in Stuttgart is said to have supplied a total of 30 incandescent lamps with electricity. In the literature, however, the power station that went into operation in Berlin in 1885 is usually mentioned as the first public power station. At that time, the power plants produced only direct current with a voltage of 110 volts. Due to the high line losses, the line length was initially limited to 600 metres. Later improvements made a maximum distance of two kilometres possible. For this reason, the power stations also had to be located in the centre of the cities. However, there was no grid into which several power plants could feed simultaneously.

Werner von Siemens put the first electric tram into operation in the Berlin suburb of Groß-Lichterfelde as early as 1881. The 2.5-kilometre line connects the Lichterfelde station with the Prussian Main Cadet Institute. From 1890, electric trams also began operating in other cities.

By the end of the 1920s, 50 percent of Berlin’s flats are electrically lit

In 1914, 5 percent of Berlin’s flats had electric lighting, and by the end of the 1920s, it was already more than 50 percent. As early as 1933, 70 percent of all households in Germany had an electricity connection and, astonishingly, even in the countryside 90 percent of all farms were connected to an electricity grid in the mid-1930s. Thus, Germany was largely electrified within a period of about 40 years. 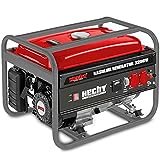